Why Hire a Workers Compensation Attorney For A Death Benefits Claim? 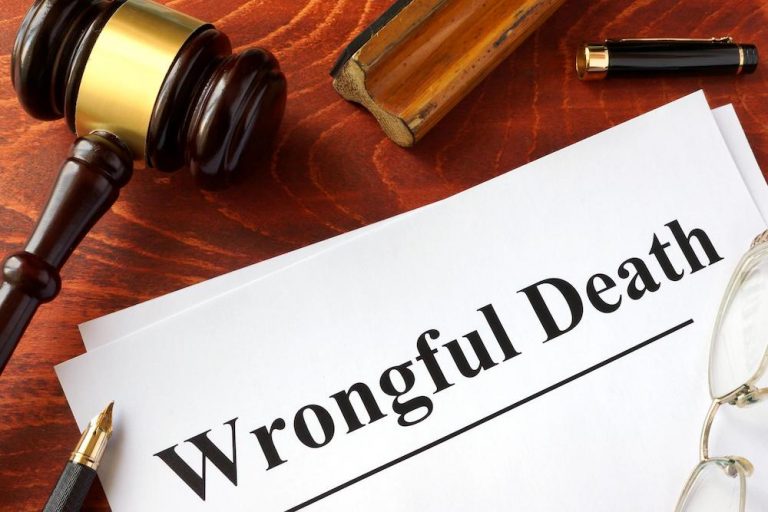 Death benefits are payments to dependents of an injured worker due to an industrial injury or accident. Dependents may also be entitled to reasonable burial expenses.

The injured worker must have died from a work-related injury or illness in order for the workers’ dependents to collect benefits. The amount of benefits depends on the amount of total or partial dependents.

Another legal presumption is a spouse to who the decedent was married at the time made $30,000 or less in the twelve months immediately preceding the fatality.

If you do not fall within the legal presumptions provided by the Labor Code, you must prove dependency.

There can be conflicts that arise due to conflicting interests between dependents, thus, it is wise to hire a workers compensation attorney.

On the other hand, if the decedent has no dependents, the money will go to the state.

However, the industrial nature of death is not always so readily discernible.

The question as to the cause of death may arise when an ongoing workers compensation claim for orthopedic injury results in death. For example, an injured worker may have an open claim for a work-related ankle injury. While the claim was ongoing, the injured worker may have died from liver cirrhosis which is a chronic disease of the liver. Most alcoholics develop this disease. A layman’s first inclination would be that the death is unrelated to the work injury. However, this is where it would benefit an injured worker’s dependents to hire a Workers Compensation attorney. A Workers Compensation Attorney would assist in linking the death to the industrial causation. As long as you can show that the death was accelerated due to industrial injury, the case is valid. A Workers Compensation Attorney is well-versed in the topic and would assist in obtaining medical reports and other items in order for dependents to collect maximum benefits.

Make sure to contact a workers compensation attorney immediately as death claims are barred from filing 240 weeks from the date of death.

Contact a workers compensation attorney for a free consultation on your claim, https://keshlaw.com/

The Next 210 Freeway Accident Could Be Yours

The 210 freeway, also called the Foothill Freeway or Route 210, is one of the most geographically diverse highways in Southern California. Since 1968 it has guided vehicles through bustling

How Will a Southern California Hit and Run Lawyer Help Me after My Accident?

Any type of auto accident is stressful, but a hit and run is particularly so. If the other driver flees the scene of your crash, you are left wondering whether

Why You Need an 18 Wheeler Accident Lawyer after Your California Truck Accident If you have recently experienced a California truck accident, you are not alone. In fact, the Insurance

How can I be compensated for my Burbank car accident?

By nature, your Burbank car accident is not something you plan for or really even think about before it happens. But when such a car crash occurs, you suddenly have

Is workplace retaliation after your injury something to worry about?

California Law Protects You From Workplace Retaliation If you worry about what could happen to your job after filing a California workers compensation claim, fear not. State law is clear

What is the Personal Injury Lawsuit Timeline in California?

What is the Personal Injury Lawsuit Timeline in California? On TV and through pop culture references, we have all heard of court cases lingering in the system for years. Each

Here Are 5 Important Steps to take when you have been in a car accident If you are searching the web for a “car accident lawyer near me,” odds are

How Long Does it Take to get Car Accident Settlement Money?

Ever Wonder How long does it take to get a car accident settlement? If you have recently been in an auto accident, you are probably wondering how long does it

How a Hit and Run Lawyer Near Me Helps

What to do if you have been in a car accident and how a hit and run lawyer can help Any auto accident scene feels tense and confusing. But if

When the worst imaginable happens.  Understanding your families right for fatal workplace injuries.   No one ever wants to receive that emergency call saying that a loved one is forever

Why You Need The Best Attorney For Your Workers Comp Brain Injury Case.

Filing a Workers Comp Brain Injury Claim   You may have heard the old adage, “It is a marathon, not a sprint.” In many ways, this saying explains recovery from

Can an employee refuse workers compensation in California?

Can an employee refuse workers compensation in California?   In California, there are many state workers’ compensation statutes in place that clarify what employers and employees must do in the