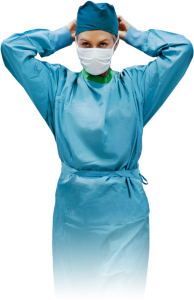 A question that I am often asked as an applicant’s attorney is “Will surgery increase my settlement?” The answer varies depending on the surgery and the outcome of the surgery. However, the long and short of it is that the workers’ comp first settlement offer is always low before there is a diagnosis or recommendation for any further treatment including surgery. Agreeing to the first settlement offer by an insurance company prior to obtaining a medical report is never wise especially if you are in excruciating pain.

Only when these conservative modalities have failed to free an individual of their symptoms will a doctor discuss the possibility of surgery. Prior to having surgery, an injured worker must have certain diagnostics done such as an X-ray, MRI, or nerve conduction studies. X-rays and MRI’s are used to determine whether an individual has a broken bone or torn ligaments or tendons. An EMG/NCV study or a nerve conduction study is used to diagnose disorders of the nerves and muscles.

The recommendation for surgery from a doctor will almost always increase the settlement amount. However, some surgeries are worth less than others. For example, a recommendation for carpal tunnel release surgery will yield a lower settlement value versus a lower back l5-s1 injury settlement. A carpal tunnel release surgery costs approximately $7,000 and lower back surgery costs between $50,000 and $150,000. It goes without saying that workers comp multiple injury settlements tend to be higher.

Surgery does not always make a person whole from their injury. It may cause some relief but the pain may still surface. However, the injured worker may be better off than they were before the surgery. Other times, surgery will be unsuccessful for one reason or another and will need revision surgery. This will drive up the cost of a case as the injured worker may be worse off than they originally were before the first surgery. The risk of a second surgery may result in less functionality of the body part. Thus, an injured worker must weigh the benefits and risks of surgery before obtaining surgery as it will not always result in pain relief. A failed surgery may lead to chronic pain syndrome, fibromyalgia, and other chronic illnesses. These chronic illnesses are other derivative cost drivers in a workers compensation case.

It is important to note that if you receive surgery under the workers compensation system before settlement, the value of the surgery will not be worked into your settlement amount. Generally, if you are in a better position than you were before the surgery, your settlement amount may be lower than your case was before obtaining the surgery. The amount of settlement is determined on a case-by-case basis as not everyone is the same and surgery affects everyone differently.

It is also important to note that despite the fact that injections and surgery will increase the cost of your case, a Compromise and Release or a lump sum settlement seeks to buy out future medical care. This means that an insurance carrier will likely not pay the max amount of money for your claim when doing a lump sum settlement agreement. The logic here is that if you wish to treat and obtain the surgeries that have been recommended by doctors, you can settle via Stipulation and Request For Award which pays you only Permanent disability and temporary disability amounts. However, you must treat your injuries within the carrier’s network of doctors. An injured worker has the option to settle by way of Compromise and Release or Stipulation with Request for Award. However, in some instances when an injured worker is still working for the company, a Compromise and Release is not possible as it requires resignation from employment.

The Next 210 Freeway Accident Could Be Yours

The 210 freeway, also called the Foothill Freeway or Route 210, is one of the most geographically diverse highways in Southern California. Since 1968 it has guided vehicles through bustling

How Will a Southern California Hit and Run Lawyer Help Me after My Accident?

Any type of auto accident is stressful, but a hit and run is particularly so. If the other driver flees the scene of your crash, you are left wondering whether

Why You Need an 18 Wheeler Accident Lawyer after Your California Truck Accident If you have recently experienced a California truck accident, you are not alone. In fact, the Insurance

How can I be compensated for my Burbank car accident?

By nature, your Burbank car accident is not something you plan for or really even think about before it happens. But when such a car crash occurs, you suddenly have

Is workplace retaliation after your injury something to worry about?

California Law Protects You From Workplace Retaliation If you worry about what could happen to your job after filing a California workers compensation claim, fear not. State law is clear

What is the Personal Injury Lawsuit Timeline in California?

What is the Personal Injury Lawsuit Timeline in California? On TV and through pop culture references, we have all heard of court cases lingering in the system for years. Each

Here Are 5 Important Steps to take when you have been in a car accident If you are searching the web for a “car accident lawyer near me,” odds are

How Long Does it Take to get Car Accident Settlement Money?

Ever Wonder How long does it take to get a car accident settlement? If you have recently been in an auto accident, you are probably wondering how long does it

How a Hit and Run Lawyer Near Me Helps

What to do if you have been in a car accident and how a hit and run lawyer can help Any auto accident scene feels tense and confusing. But if

When the worst imaginable happens.  Understanding your families right for fatal workplace injuries.   No one ever wants to receive that emergency call saying that a loved one is forever

Why You Need The Best Attorney For Your Workers Comp Brain Injury Case.

Filing a Workers Comp Brain Injury Claim   You may have heard the old adage, “It is a marathon, not a sprint.” In many ways, this saying explains recovery from

Can an employee refuse workers compensation in California?

Can an employee refuse workers compensation in California?   In California, there are many state workers’ compensation statutes in place that clarify what employers and employees must do in the